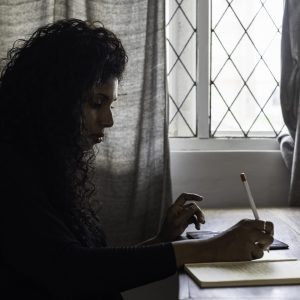 “I’m personally motivated by the vision of a fairer world, where resources are used with care and caution and where the lives of other species are less influenced by ours so that the diversity of life remains on Earth, and diversity of intelligence remains to make our progress more balanced.”

“Examples of companies that teach consumers to fix broken items instead of buying new things represent exactly the kind of thinking we want to encourage in businesses; agile, nonconformist and open to seeing how circularity is a philosophy that benefits consumers and businesses alike.”

Shamalee is an independent writer and creative strategist based in Colombo, Sri Lanka, and founder of publishing company Public Works. Shamalee’s written work has been published as news, film and digital productions, as well as in books and research. Her strategic consultation has been used to revive brands, drive campaigns and reposition events as well as personalities. For over ten years, Shamalee has built experience as an independently commissionable writer and strategist, building compelling conversations, ideas and thought-frameworks for businesses, personalities, artists, corporations and governmental organisations alike.